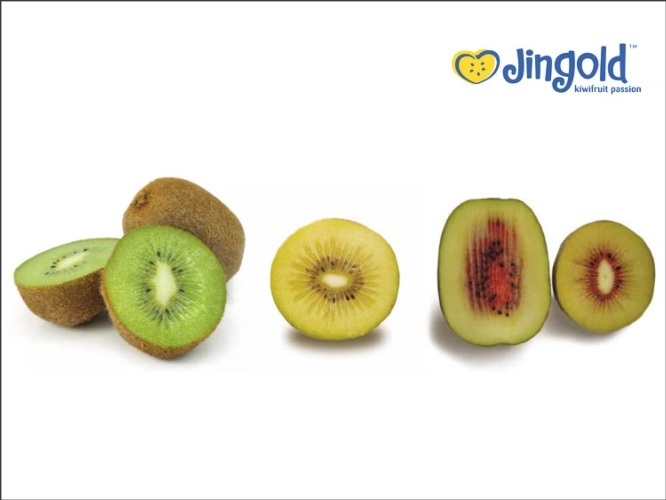 The Red Kiwi is one of the new successes of Jingold, the Italian Kiwi brand. But is it as good and healthy as the media want to tell us?

What is Red Kiwi?

Although it is impossible for us to associate the color red with the famous kiwis, it is becoming popular at an incredible speed in Italy, where the Jingold company grows it. For now, there is only one variant, called Kiwi Rojo Oriental Red and it was awarded the Fruits Logistica Innovation Award, the most beloved award within the fruit industry.

Although it is being cultivated in New Zealand and Italy, its name implies that it originated in the Orient, and it is so. China was the first to cultivate it, but they failed to bring it to market successfully.

How could it have become so popular in such a short time?

They were able to successfully promote it in Italy, being the kiwi that says goodbye to acidity, with a taste reminiscent of tropical fruit juices. Zespri, for now, has put these copies on sale in Singapore, to verify the success in the East. Before releasing it globally, they plan to improve its storage conditions to reduce costs. So far they have managed to store it correctly for up to 8 weeks, but their goal is 12.

Why is it Red?

According to the firm Zespri, supplier of the red Kiwi Zespri, this red pigment is due to anthocyanin, a natural pigment within kiwis, but which they were able to amplify through repeated cultures. For those of us who know a little about genetics, we know that these types of mutations must be reproduced repeatedly to create new branches and types, in this case, kiwi. This is why red kiwis began to be cultivated in 2000, but it was in 2020 that their commercialization and cultivation are much greater.

They took so long also due to the Psa disease caused by a bacterium, so they had to invest more time to get it completely eliminated.

How to prune a kiwi plant

What kind of fruit is the kiwi?

All varieties and types of Kiwi

Differences between Yellow and Green Kiwi